Obtaining enantiopure compounds from a racemic mixture without any additional chiral reagent. Not a dream, but a new reality. By using racemizing conditions and specific crystallization behavior the solid phase of a racemic mixture can be fully converted into the enantiomerically pure form of the chiral compound.

This crystallization technology is limited to chiral compounds that show conglomerate behavior, i.e. separate crystalline phases for each of the enantiomers

Over the last 10 years this new technology has been applied for many different chiral compounds and is now quoted as Viedma ripening (to the person who described this phenomena first).

One of the main driving forces is ‘Ostwald ripening’ – bigger crystals are more favorable than smaller ones. “The rich get richer and the poor get poorer.”

Below this unique crystallization technique is shown for Naproxen. 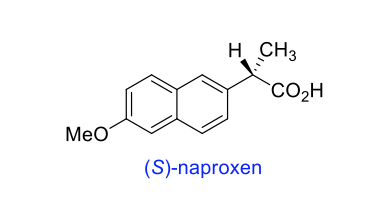 By the use of specific milling equipment and beads the Viedma ripening has been scaled up to kg volumes successfully, while reducing process times to several hours only. 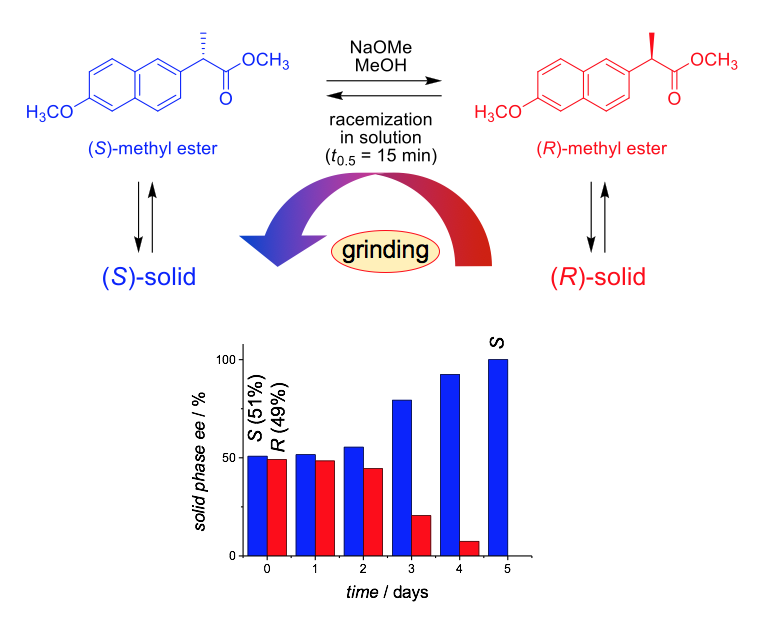